Lets talk about my bucket list and what I have accomplished after 22 years living in this amazing yet confusing world!

One of the most difficult thing for me to do is to take care of my financial life.

I’m still far away from being “Financially Independent”, but it’s not impossible.

It’s been in my bucket list since high school, probably 5 years ago.

I first knew about bungee jumping while watching a korean variety show, they were in Shanghai Tower, where all the cast will need to jump in order to clear the mission.

While some of the cast were terrified with the mission, me, in my room sitting in front of my laptop, I was amused with how lucky they are. They were given the chance to do something that not everyone could, well for me it’s quite expensive, to travel there and to pay for the entire expenses, but it’s not impossible.

I couldn’t set the goal yet, as I have other priorities for myself, but I am positive I will be able to conquer bungee jumping, either in Shanghai Tower, or in New Zealand, the inventor of Bungee Jumping.

3. Take my parents anywhere they want

They always told me about their undying to Japan and I would love to do anything to take them there.

As of today, I’m still a jobless guy with lots of hope.

As soon as I have enough resources, Japan, nope, any country in the world, here we come!

4. Live abroad the country without my family

Lived in Malaysia for 3 years to pursue my university study.

All I can say is

Of course you have to take a good care of yourself, no breakfast wilil be served on the table as soon as you wake up, you have to learn their language, you have to do your own laundry, and solve your own problem.

But that’s the best part. You can feel the sense of accomplishment along the way.

When you live with your parents, you are safe inside your comfort zone with everything provided for you, and by that, you won’t feel the real true world, you will feel too comfortable, and you will miss all the fun from the world out there, where all the magic happens.

If I didn’t study abroad and live far away from my parents, I don’t think I will be the same as who I am right now.

I’ll be Ferry who is clueless on how do laundry, Ferry who don’t know how to do groceries, and Ferry who can’t take care of himself and his surrounding.

So, embrace it when you are given the chance to study abroad, it’s the greatest gift that my parents have given to me.

14th of October 2017 will be the day, the day where I will wear a graduation gown, the day I will officially be a Bachelor of International Hospitality Management (Honours) from Taylor’s University Malaysia.

Indonesia is a country with 34 provinces and 17,504 islands, known as the Indonesian Archipelago.

As an Indonesian, have you ever heard Trinity from The Naked Traveler? She is an Indonesian and she has been traveling to almost all 34 province of Indonesia and 82 countries around the world (as of 26th of August 2017) and the number is still growing.

So, the big question is, how many provinces have I been travelling to for the last 22 years?

Definitely will need more time and resources to conquer all 34 provinces, but I won’t say it’s impossible, yet, not until I reach provinces number 34, just like Trinity.

Mount Batur is marked as the first mountain I’ve ever climbed.

Standing tall at 1717 meter, with 3 hours hike, and lots of laughter when I fell down (multiple times, un-injured) because of the slippery path.

Basically from the explanation above, I have actually Hike a Mountain”,

But, why stop there? So, I am adding a new title in my bucket list

I will be required to climb a mountain higher than 3000 meter, build a tent, cook some instant food, reach the top, and safely get back to the ground.

I will be totally surprised if Emirates Airlines offered me a seat in the first class cabin.

I had traveled using Emirates Airlines twice in the past (Economy Class of course) for a flight to Amsterdam and Paris in 2015 and 2016 respectively,

Emirates Airlines’s First Class Cabin is so popular among travellers and lots of people had documented their experience in the luxury cabin, which is what I will do as well someday.

few weeks ago I saw a video in Facebook, a girl is required to clear up her bucket list within a week, and guess what?

Lucky for her, she worked in a popular internet media company, and her video project is fully funded by her company. This is why, always take chances, if things didn’t went as planned, it’s a lesson. If it did, it’s a blessing.

What I don’t realised is that there’s a skydiving program available in Indonesia. Would love to try it, but will need to wait until I have enough fund.

10. Diving in a Wrecked Ship 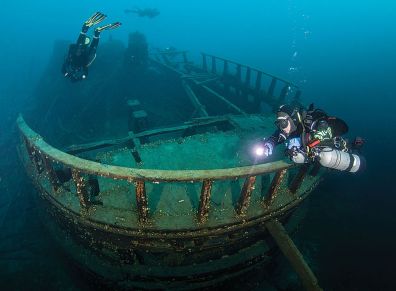 Last but not least, yet another extreme sport!

I heard Bali has one wrecked US war ship, located in Tulamben, Bali, an effortless wrecked ship for a beginner diver.

I have never dived in my entire life, which means this is the perfect spot for me to start my diving journey.

This site uses Akismet to reduce spam. Learn how your comment data is processed.

Hey there! Welcome to my blog!

I am Ferry, an Indonesian guy who’s still looking for what’s best for his life in the next 10 years.

Been moving around cities from the past years, looking for a city for me to settle in and to build my lifetime memories, let’s see where life takes me to.

Do reach me from ferrywilliamm@gmail.com